2014-10-13 |by droidmtl | Comments Off on ANDROID DevFest HACKATHON! | Events, Uncategorized

We will now start at 18h on Friday.

We’ll give you some sample code, food and lots of coffee, just bring your enthusiasm to learn!

(And your laptop… and preferably with AndroidStudio installed… maybe you should get that nice emulator too, alongside a git client … 😉 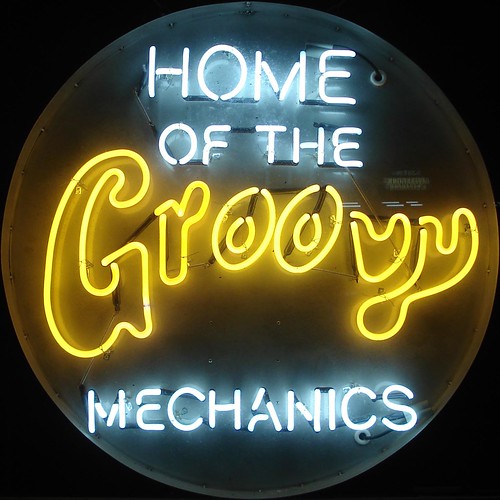 Our next meetup will be taking place Thursday September 25th, on the 3rd floor at Notman House

Our two speakers this month are Anas Ambri who will introduce us to Groovy on Android, and Simon Guerout who will cover the Android Account Manager.

Food and Drinks sponsored by PasswordBox!

I’m happy to report that my employer, PasswordBox, will be sponsoring pizza and drinks for this month’s Meetup.

In turn, we want Montreal area mobile developers to know we’re in full hiring mode here at PasswordBox. Business is booming, and obviously we’re looking for top-notch Android developers, but I invite you to look at the full list of available positions on our website: https://www.passwordbox.com/careers

About me: An apprentice in the growing domain of software development, with a meticulous interest into solving problems (with software), an appreciation for open-source solutions, and an annoying tendency to have an opinion about almost everything.

About the topic: Since the advent of Swift on iOS, many Android developers have been looking into a similar higher level construct to develop apps on their favorite platform. Today we will talk about some of the current options, and focus mostly on Groovy. Finally, we will show how we used Groovy at Guestful to develop our app, as well as the lessons learned. Spoiler: the app was actually delivered. Duration: ~20 min + questions

Hello everyone, hope you all enjoyed your summer so far!

Our next meetup will be taking place Wednesday August 20th, on the 3rd floor at Notman House. (Same awesome space where we held our Android Wear hackathon early this summer.)

We have 2 great talks scheduled, and a small recap / show and tell session for the various toys we managed to bring back from Google I/O. As always you’re welcome to drop by to introduce yourself and your projects to the community.

You can get your tickets on our Eventbrite.

Small informal presentation reviewing what was announced at Google I/O, with small hands-on + Q&A session for:

In this talk I’ll show you how to use speech recognition in your own Android apps. The talk will have something for both beginner and advanced Android devs, namely I will show two ways to do speech recognition: the easy way (using the built-in RecognizerIntent for the user’s language) and the hard way (building a recognizer which wraps existing open source libraries if the built-in RecognizerIntent can’t handle the user’s language). While I was in Batumi my friends and I built an app so that Kartuli users (code) (slides) could train their Androids to recognize SMS messages and web searches. Recognizing Kartuli is one of the cases where you can’t use the built-in recognizer. Kartuli spoken by only 4 million people in the country of Georgia: that is roughly the population of Montreal and surrounding areas. The talk will start with a demo of our Kartuli trainer app to set the context for the talk, and then dig into the code and Android concepts under the demo.

During the last few years, we have all assisted or participated to a small
revolution on Android : the emergence of annotation processing. Many
popular libs now rely on annotation processing during build to pre-compute
a lot of stuff that will boost them at runtime. Let’s think about Dagger,
ButterKnife, Hugo, RoboGuice, BoundBox, Memento, IcePick, etc.

But there is an alternative : byte code weaving. This technique is popular
in the Java World for a large variety of applications : from creating mocks
(easymock/mockito) to data persistence (Eclipse Link, EBeans, etc.), or
Aspect Oriented Programming (AOP).

So, why don’t we use post-compilation processing on Android too ?

This sessions offers an overview of different byte code weaving techniques
and will examine whether they can be applied to Android. We will see how
post compilation byte code weaving can be used during Android apps’ builds
when using either Gradle or Maven.

Finally, we will present 2 libraries : AfterBurner & Mimic. They are based
on javassist, and aim to make byte code manipulation easy for Android. We
will go through simple use cases that will show us how to eliminate all
boiler plate when using our favorite libraries and boost apps using post
compilation byte code weaving. Byte code weaving could even be used to
normalize new and simpler programming techniques for Android that could get
standardized via Android Specification Requests. This is a half-day event to introduce you to the Android-Wearable platform and SDK. It’s a short afternoon Hackathon, so we’re not expecting full-fledged products to emerge, but rough prototypes, proof-of-concepts, slidedecks and UX mockups are the order of the day.

The big news is, we’ll be giving away 3 vouchers for Android Wear Devices to the best concepts, so you’ll get a chance to complete your idea and be first to market. Thanks to Google for sponsoring this event!

We’ve received a very handy preparation guide from the fine folks at Google, go follow the instructions and you should be in fine shape for the hackathon.

Of course, if you’re totally new to the platform, don’t forget to pre-install the following:

If you need help with your installation, barring any work-emergencies, Etienne or other Android-Montreal volunteers will be on site starting at 12h00. Please plan ahead. 🙂

As mentioned, big thanks to Google and the Google Community Managers for sponsorship and support of this event.

Once again, we’re very happy to announce that we’re being sponsored by none other than the makers of IntelliJ, JetBrains! We’ll be having a draw for 1 Free License of IntelliJ IDEA.

Intro to Android / Metrics and Feedback!

Hey everyone, attended our Intro to Android evening? Enjoyed it? Regular club member, but you missed this evening?

We typically report event numbers to Google community managers, this helps us get support for future events, and lets us deliver you even more awesomeness on a regular basis 🙂

To help us with metrics, please register as a member on our Chapter Page. Attended tonight’s event? Register on our Event Page, and if you’re not totally tired of all this clicking, fill out our survey.

Thanks a ton for participating everyone, and have a good week-end!

Get the original GDG slides.

And links to the labs:

Intro to Android / Intro to Rx 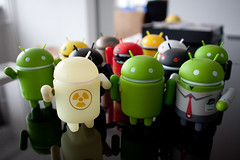 First off, big hello to everyone who attended the DevArts evening at Google last month, we had a blast and hope you did as well.

Our next event will be taking place at a brand new, freshly renovated Notman House, next week. If you’re new to Android, you won’t want to miss it, because we’ll be onboarding new members with an Introduction to Android session.

We’ll be teaching the Android fundamentals, show you how to create your first Android project, compile it and run it.

We ask attendees to prepare for the intro course by pre-installing the following:

If you need help with your installation, barring any work-emergencies, Etienne or other Android-Montreal volunteers will be on site starting at 17h00~17h30. Please plan ahead. 🙂

Once again, we’re very happy to announce that we’re being sponsored by none other than the makers of IntelliJ, JetBrains! We’ll be having a draw for 1 Free License of IntelliJ IDEA.

DevArts – Coding and the Arts

“DevArt is a new type of art. It is made with code, by developers that push the possibilities of creativity and technology.”

And so, this Meetup will aim to give people tools to explore their creativity. If you’re an artist or a developer looking to explore new ways to express yourself, the following sessions will aim to empower you.

We invite you to visit and browse the main DevArts website, it’s a real treasure trove of information.

We’re planning on holding our monthly meetups where we usually have one or two hours worth of presentations. Agendas vary based on speaker availability, etc.

We want to experiment with a Video-Podcast format we’d film during the meetups, very much at the “drawing board” stage at this point.

As far as the bigger events on the radar:

We’re hoping to hold another week-end long Android / Mobile themed hackathon in early Autumn, 2013’s DevFest week-end was a great event, we’d like to repeat and improve the experience for 2014.

Last but not least, we’ll be continuing outreach efforts, to do “Introduction to Android” / “Rapid prototyping” presenteations, as well as mentorship during various hackathons / startup weekend type events around the city.